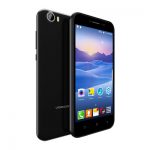 Domestic mobile manufacturer, Videocon, has launched a brand new smartphone in India. Called as Videocon Krypton 22, it is priced at ₹7,200/- and is now available for purchase at eBay and offline stores in the country. It comes in a striking black color. The main highlight of the smartphone is the IR blaster support. This when used as a remote control allows you to control fans, stereo sound systems, and more. It also gives you access to hybrid pen drives and SD cards. Let’s check out its features: 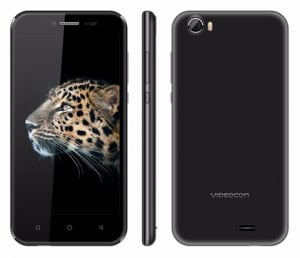 Videocon Krypton 22 flaunts a 5-inch FWVGA display with resolution of 480 * 854 pixels. Under the hood, it is powered by 1.1GHz quad-core MediaTek MT6737 SoC along with 2GB of RAM. It houses 16GB of inbuilt storage that can be expanded further via microSD card. It runs Android 7.0 Nougat operating system.

In terms of optics, Videocon Krypton 22 includes an 8-megapixel rear camera with flash and a 5-megapixel front camera. The phone is backed by 2450mAh non-removable battery.

The connectivity features of Videocon Krypton 22 include VoLTE and VoWiFi support to offer clear and sharp voice calling experience. The sensors on the phone include accelerometer, proximity sensor and ambient light sensor.

A quick look at specifications of Videocon Krypton 22:

Do you like Videocon Krypton 22 smartphone? Let us know your thoughts in the comments section below.