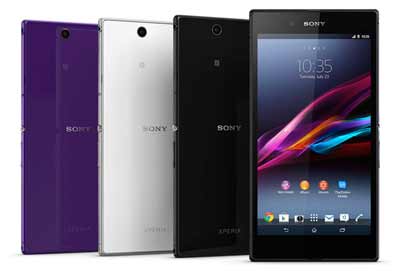 Sony Xpera Z is a sophisticated android phone that is not very common, perhaps due to its price. If that is the case then it is worth the price tag considering its wonderful features, and is stylish appearance. It is regarded as the top among the best android phones. In 2003, it was top in the android smart phone scene, and up till now it is still seen as the top best. The body design of the Sony Xperia Z is in a square shape. It comes with an iPhone- esque glass rear cover and the front of the phone is designed in a clean and smart stylish way.

The Sony Xperia Z comes in different colors; it is available in black, white, and purple color. The phone looks large at sight, but it doesn’t feel too big in the hand, in fact it is very handy. The Sony Xperia has thickness of 7.9mm, and i45g of weight. Another wonderful feature that makes it the best among others is that it is waterproof, and also dusts proof. So users who are always afraid to go into the bathroom with their phone due to the fear of water touching it wouldn’t have anything to fear about when it comes to using Sony Xperia Z.

With a shattered proof coating on the screen, the Sony xperia Z phone can last in usage without having the screen shattered. But the screen proof doesn’t mean you should be careless about how you handle the phone. The screen is 5inches with full HD of 1920 * 1080 resolutions which produce a reality display. The stylish screen is arguably the best seen on a smart phone. The Sony Xperia Z has a 13mp rear facing camera with Sony’s Exmor RS sensor which produces magnificent photos, and videos. The battery life of the Sony xperia Z is amazing with 2330mAh battery component. It has the ability to last the whole day and will still have a good power percentage remaining. The Sony Xperia is obviously the best of Sony’s smart phones.