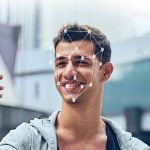 Samsung has launched its mid-range smartphone in India called Samsung Galaxy J8. Priced at ₹18,990/-; the smartphone goes on sale at Amazon India. It comes available in single configuration of 4GB RAM and 64GB of internal storage. The smartphone is available in three color variants of blue, black and gold. Here are the complete details about this latest android phone: 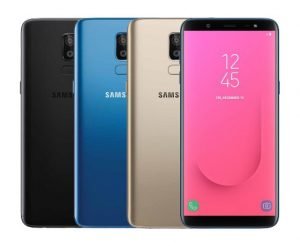 Samsung Galaxy J8 sports a 6-inch super AMOLED display with aspect ratio of 18.5:9 and resolution of 720 * 1440 pixels. It features virtual navigation keys at the bottom end and has a fingerprint reader at the back. It is packed with Snapdragon 450 octa core processor along with 4GB of RAM. One can expand the internal storage of 64GB via microSD card up to 256GB. It runs Android 8.0 operating system.

In terms of photography, Samsung Galaxy J8 is a dual rear camera phone. It includes 16MP f/1.7 aperture and 5MP with f/1.9 aperture at the back. At the front, it has a 16MP camera with aperture of f/1.9. The rear camera comes with useful features such as background blur shape, portrait backdrop and portrait dolly. The smartphone is fuelled by 3500mAh battery.

It comes with Chat Over Video feature where the user can watch videos while texting on the phone. A chat pop-up appears on one corner and you can type while watching videos. It also comes preloaded with Bixby and Samsung Mall.

A quick look at specifications of Samsung Galaxy J8:

What are your thoughts about Samsung Galaxy J8? Let us know in the comments!