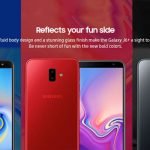 In addition to launch of Samsung Galaxy J4+, J6 Plus has also been launched in the country. It comes with a price tag of ₹15,990/- and can be purchased from Amazon. Here, we take a close look at its features:

Samsung Galaxy J6 Plus flaunts a 6-inch display with 720 * 1480 pixels resolution just like Samsung Galaxy J4 Plus. It features chubby bezels on the edges, forehead and chin of the display. Under the shell, it is powered by Qualcomm Snapdragon 425 Soc on quad-core chipset clocked at 1.4GHz. It houses 4GB of RAM and 64GB of storage that can be expanded via microSD card. This dual rear camera phone runs Android 8.1 Oreo. 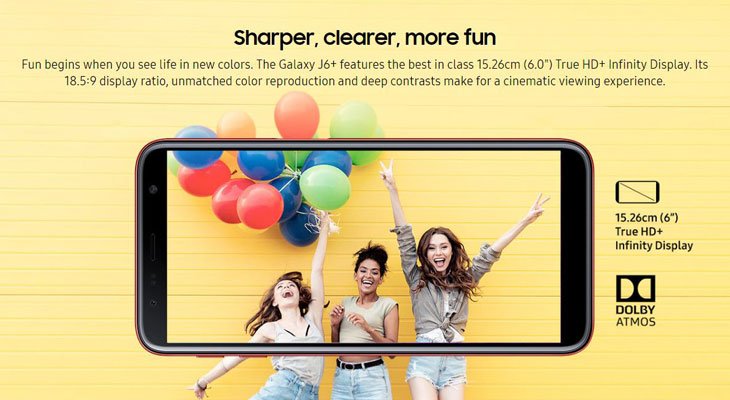 The connectivity features of Samsung Galaxy J6+ include 4G VoLTE, Bluetooth v4.2, GLONASS, NFC, GPS, Wi-Fi 802.11 b/g/n and 3.5mm headphone jack. It is the first phone from Samsung to include fingerprint integrated into the power button. The sensors on the phone include ambient light sensor, geomagnetic sensor, gyroscope, proximity sensor and accelerometer.

A quick look at specifications of Samsung Galaxy J6 Plus:

Let us know your views about Samsung Galaxy J6+ in the comments!