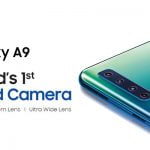 The world’s first quad camera smartphone has been launched in the country and is called Samsung Galaxy A9 (2018). The smartphone has four different sensors for rear cameras and you can also click four pictures at the same time, one from each rear camera. These are placed in order of ultrawide, telephoto, main and depth. The pricing starts at ₹36,990/- and is up for pre-order at major online stores including Samsung, Amazon, Flipkart, Airtel  and offline Samsung stores. Here are the details:

The smartphone has four rear cameras: 24-megapixel primary f/1.7 aperture sensor, a 10-megapixel telephoto camera with 2x optical zoom, 5-megapixel depth sensor and an 8-megapixel ultrawide camera with f/2.4 aperture. At the front, it has a 24-megapixel sensor with f/2.0 aperture. It also supports Face Unlock. It is backed by 3720mAh battery. 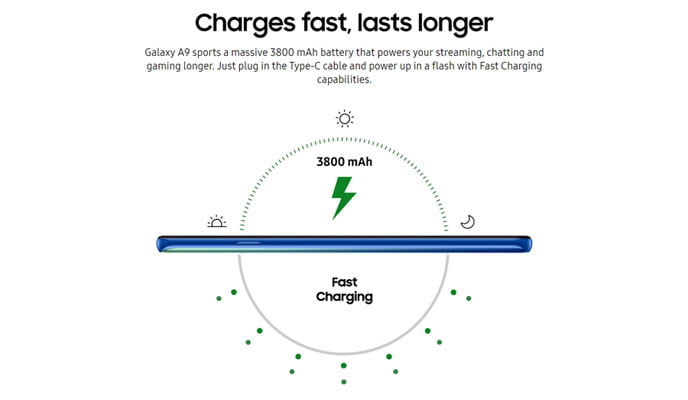 A quick look at specifications of Samsung Galaxy A9 (2018):

Let us know your views about Samsung Galaxy A9 (2018) in the comments!