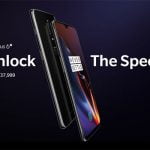 OnePlus 6T is an upgraded flagship smartphone and pricing starts at ₹37,999/-. The smartphone is Amazon-exclusive and sports an in-display fingerprint sensor. It features waterdrop-style notch on the front and offers amazing low-light performance, thanks to the new Nightspace mode. This latest android mobile comes in two color variants of midnight black and mirror black. Let’s check out the details:

OnePlus 6T flaunts an impressive 6.41-inch optic AMOLED display with 19.5:9 aspect ratio. The display is protected by latest Corning Gorilla Glass 6. Under the hood, it is powered by octa-core Qualcomm Snapdragon 845 SoC coupled with 6GB or 8GB of RAM. It comes with internal storage of 128GB or 256GB. The smartphone runs Android 9.0 Pie operating system. 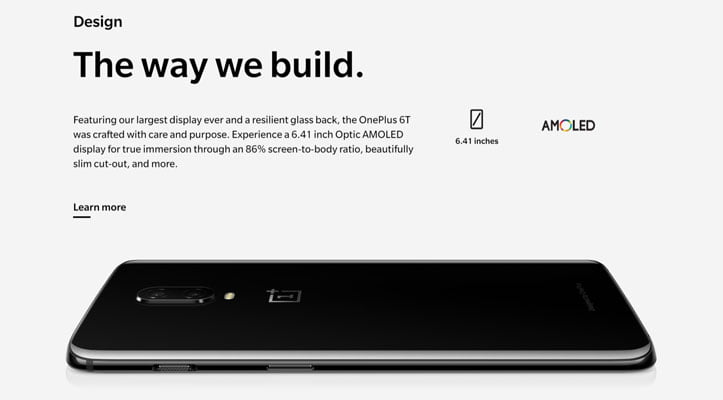 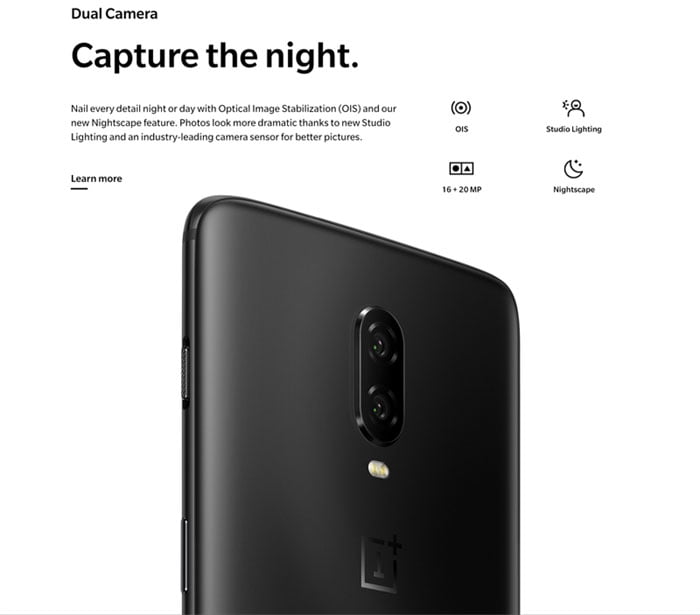 The connectivity features of OnePlus 6T include 4G VoLTE, Wi-Fi 802ac, NFC, Bluetooth v5.0, GPS/A-GPS and USB Type-C port. It supports in-display fingerprint sensor and is claimed to unlock the smartphone in 0.34 seconds and work with OnePlus screen protector. The handset also comes with Face Unlock feature that is said to unlock it in 0.4 seconds. 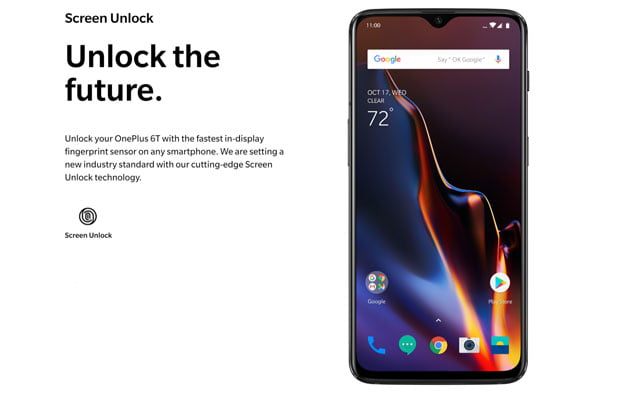 A quick look at specifications of OnePlus 6T:

Let us know your views about OnePlus 6T in the comments!