Finally, the iconic phone by Nokia, has been announced for the Indian market. This feature phone has got a lot of attention from across the globe. Now, HMD Global has confirmed that Nokia 3310(2017) is available for purchase via offline stores from Thursday. It comes in four attractive color choices: Warm Red and Yellow with a gloss finish and Dark Blue and Grey with a matte finish. You can purchase it from retail stores at the price of ₹3,310/-.

At MWC 2017, many tech gadgets are being unveiled by big brands. These range from smartphones to laptops to tablets and more. One of the hottest devices that caught attention in the event is the Nokia 3310 (2017). The new Nokia 3310 gives a modern touch and feel to its original sibling. Let’s have a look at its features: 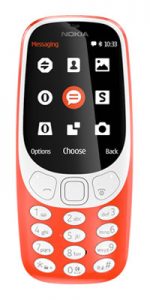 The new Nokia 3310 (2017) is a modern twist to the beloved features of Nokia feature phones. It sports a 2.4-inch QVGA color display with resolution of 240 * 320 pixels. The resolution is far better when compared to 48 * 84 pixel resolution of the original one. Under the hood, it is powered by Nokia Series 30+ OS coupled with 16MB of storage. One can expand the storage via microSD card up to 32GB. 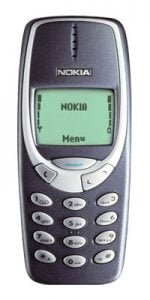 In terms of optics, it has a 2-megapixel rear camera with flash. Battery is again big highlight of this smartphone as well. Nokia 3310 (2017) packs a 1200mAj removable battery that claims to offer 22 hours of talk-time and a month-long of standby time. Amazing! Isn’t it? Also, it will be coming with micro-USB charging port, ditching the old pin charger.

Nokia 3310 (2017) comes with support for 2G internet access and Bluetooth. HMD Global has confirmed that it is bringing back the classic Snake game. It has been optimized for the new color screen and looks fantastic. It comes bundled with Opera Mini for basic web surfing. It will be made available in Warm Red and Yellow with a gloss finish. It is also expected to come in Dark Blue and Grey color having a matte finish. As far as its launch in India is concerned, it is expected to come in Q2 of 2017.

Do you like these revamped feature phones by Nokia? Share your thoughts with us in the comments.