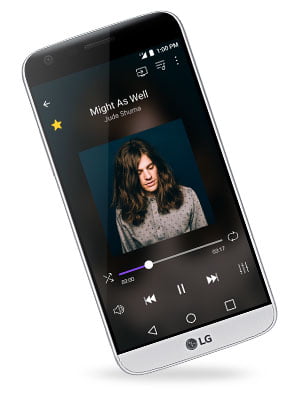 LG G5 is catching everyone’s attention for being the first modular smartphone. This latest flagship by LG is all set to give direct competition to the recently announced Samsung Galaxy S7 and S7 Edge. It will be launching in India in the next quarter. The LG G5 features a 5.3-inch display with 3D Arc Glass, creating a gentle curve. It comes with an always-on display that allows users to view notifications, date and other information without waking up the device. This modular smartphone is made out of separate components so users can replace or upgrade certain functions independently. For example, users can pop out the phone’s bottom and swap in new features.  Interesting!

The LG G5 comes equipped with the new Snapdragon 820 processor that offers 64-bit performance and Ardeno 530 graphics. It comes with 4GB of RAM and 32GB of internal storage which is further expandable via microSD card slot. The smartphone runs on Android 6.0 Marshmallow. LG has come up with incredible camera specifications with 16MP rear camera with advanced touch focus and LED flash. At the front, there’s a big 8MP HD camera. The dual-camera lens takes really amazing wide-angle shots. The G5’s field of vision is 135 degrees, which is 15 degrees more than the human eye manages. The second lens takes standard angle shots and there’s also a fun mode where both lenses take picture at the same time. LG G5 has come up with superb camera quality.

Battery and other features

It comes with 2,800mAh removable battery. That’s smaller as compared to G4 and LG has done its best to minimize the impact on the battery by putting the display IC in charge. It has fast charging features which charge up to 80% of battery within 35 minutes. It will also have the fast internet connectivity with 4G LTE data transfer speed.

Are you also impressed about LG G5? Do you like its specifications especially its modular design? Share your thoughts with us in the comments.