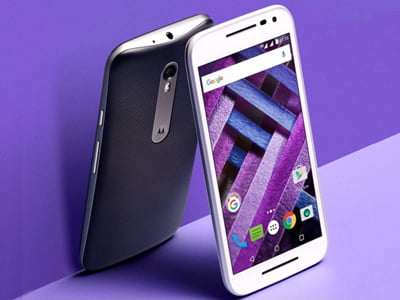 The phones under the Lenovo Moto have finally been unveiled and they are successors to Moto G (3rd Gen). Motorola has announced a new generation of favorite budget smartphones called Moto G4 and Moto G4 Plus.

Moto G4 comes with a 5.5-inch screen with 1080 * 1920 pixels resolution with a pixel density of 401ppi. The display comes with Corning Gorilla Glass 3 protection. The smartphone is powered by a 1.5GHz octa-core Snapdragon 617 SoC along with an Adreno 405 GPU. It comes with 2GB of RAM and 16GB of internal memory which can be expanded via microSD card. The smartphone runs on Android 6.0.1 Marshmallow.

Moto G4 has a 3,000 mAh battery which is up from 2,470mAh last year, and fast charging functionality.  The turbo charging technology allows smartphone to quickly charge it and it can deliver up to 6 hours of usage time by just charging for 15 minutes.  As far as the connectivity options are concerned, this smartphone supports VoLTE connectivity along with GPS, 4G, A GPS, Bluetooth, microUSB connectivity and Wi-Fi. It supports 4G on one SIM slot and 3G on the other.

A quick look at specifications of Moto G4:

Are you excited about the Moto G4? Let us know your views in the comments.