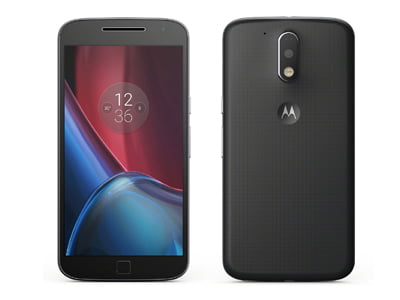 Moto G generation of smartphones has received amazing response from the users. Now, the company is back with two powerful smartphones called as Moto G4 and Moto G4 Plus. Moto G4 Plus is a better equipped version of G4 and comes with improved camera as well as software. Let’s have a close look at features of Moto G4 Plus. The phone comes in two variants: 2GB RAM and 16GB ROM costs ₹13,499/- and the other one features 3GB RAM and 32GB ROM costs ₹14,999/-. It is available exclusively on Amazon India.

Moto G4 Plus comes with a beautiful design and display. It feels very light with its weight of just 155 grams. The build quality is good and the phone includes fingerprint scanner as well. The smartphone is bigger at 5.5-inches and high resolution of 1080p. It runs on Snapdragon 617 octa-core processor coupled with 32GB of RAM. There’s 16GB storage inside which can be further expanded by up to 128GB via microSD card. Camera is one area where the Moto G4 Plus has shown dramatic improvements. It comes with a 16 MP rear camera that is capable of capturing slow motion videos as well. The image quality is much better than previous handsets offered by the company. The front camera also manages good selfies. An amazing feature is the ability to directly read barcodes and QR codes from within the camera app as well.

Moto G4 Plus comes with a 3,000mAh battery that supports TurboPower or fast charging as well. The compatible charger can recharge the battery by 20 to 30 percent within minutes. Also, the cable in the charger cannot be detached. As far as the connectivity options are concerned, it includes 4G LTE, Bluetooth 4.1, dual band Wi-Fi b/g/n, GPS, USB-OTG and FM radio.

A quick look at specifications of Moto G4 Plus:

Are you impressed with Moto G4 Plus? Share your views with us in the comments.