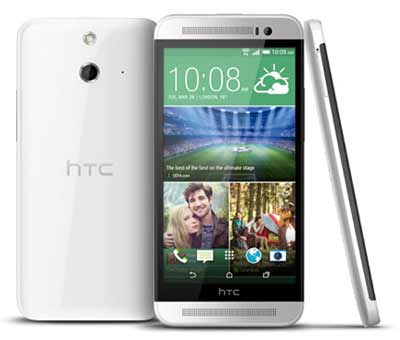 The hardware components housed inside the polycarbonate body of the HTC One (E8) do not vary too much from persons of the One (M8). It has the same quad-core Qualcomm Snapdragon 801 processor clocked at 2.5GHz with an integrated Adreno 330 GPU. There is 2GB of RAM, which is enough for multitasking. The phone has 16GB of internal storage which can be promoted expanded by 128GB using a microSD card.

The One (M7) and One (M8) stood apart from their competitor thanks to their single Ultra Pixel cameras. With the One (E8), HTC has decided to go with a tried-and-tested 13mp camera on the back and a 5-mp one on the face. Both can shoot 1080p videos. The One (E8) can attach to LTE networks but not on the 2300MHz band and as a effect it wo not work in Bharat. The phone has support for Wi-Fi a/b/g/n, Bluetooth 4.0, and pairing using NFC. It also does not have an Infrared LED, unlike the One (M8).

The 5-inch screen is confined by Gorilla Glass 3. It has a resolution of 1080 * 1920, which translates to a wild 441ppi. The viewing angles, daylight legibility, color reproduction and saturation levels are all so good that we think this is the best screen we’ve seen on a smart phone. The same holds true for the 5-inch screen of the One (M8).

This phone is not best suited for me, but I can say that with its upgraded camera, great specs, elegant look and a lower price HTC managed very good with One E8 and is not a bad choice for buy.