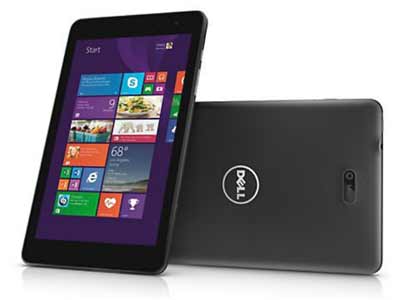 Engadget does not review many tablets any longer. When it comes to Android devices, we are far more possible to write about phablets, persons supersized smart phones that for many citizens have eliminated the need for a devoted slate. Meanwhile, iPad sales have slowed, and Apple has ready so few changes to its products that in some cases we really recommend you buy the before-gen model to save money. Still, there are some companies that carry on to not just build tablets, but also produce attractive designs. One of them is none other than Dell, a company whose track record include some sensible Windows slates, a series of forgettable Android tablets and a phablet that was ahead of its time.

Lately, though, the company has been undergo a reawakening, with a series of striking products that include the XPS 13 and the Venue 8 7000, a $399 Android tablet. The Venue 8, as I’ll call it from here on out, is notable regularly for its design, marked by a stunning OLED display and a skinny 6mm-thick frame. It also happens to be the first tablet with Intel’s RealSense 3D camera setup. All told, that combination of specs was impressive sufficient to win it a Best of CES Award. But does that mean you must go out and buy one?