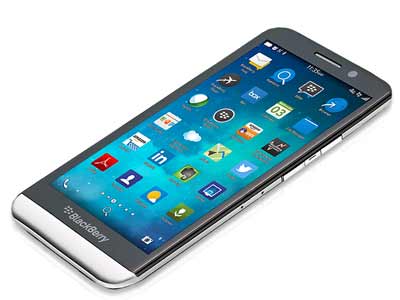 BlackBerry Z30 is phablet with BlackBerry’s operating system 10 – which introduced in 2013. This is not the first device from blackberry with this 10 OS, early they introduces the full-touch BlackBerry Z10 and the touch-cum-QWERTY BlackBerry Q10. BlackBerry Z30 available in market at the prize of ₹39,990/-.BlackBerry Z30 provides you 5 inch screen 720 * 1280 resolution AMOLED display with the dimensions of 140.70 * 72.00 * 9.40mm and have 170 grams weight. The look good with power/lock button at top, but you can use swiping up from the bottom of the screen wakes up the phone feature, like android. Back cover is engraved with BlackBerry logo and also removable but you cannot remove the battery only use microSD and micro-SIM slots.

For camera BlackBerry provides 8-megapixel rear camera with LED flash and 2-megapixel front camera. With rear camera you can record full-HD video with aspect ratio of 16:9 (widescreen), 4:3 and 1:1 (square).

Black Berry Z30 comes with 16GB of internal storage to load most recent Android apps & games from Amazon Appstore. Also from BlackBerry World you can upload productive apps like Box, Evernote®, Cisco® WebEx Meetings and Docs to Go through BlackBerry® World®. Also have social apps including LinkedIn®, Facebook® and Twitter®.

Z30 powered by a 1.7GHz dual-core Snapdragon S4 Pro processor with 2GB RAM. With this BlackBerry 10 OS you can open multiple tabs in the background easily, also provide good quality calls due to top and bottom speaker ports that perform admirably. For netsurfing you can use Wi-Fi as well as mobile 3G or 4G.

As I already said Z30 has in-built non-removable battery, which is of 2,880mAh and provide up to 25 hours battery life on mixed use. To buying a phone from BlackBerry is not a bad deal; as feel, look and class is always in the market. If you plan to by BlackBerry Z30 then go, its not bad buy.